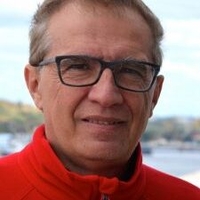 Biography
Giovanni De Micheli is a research scientist in electronics and computer science. He is credited for the invention of the Network on Chip design automation paradigm and for the creation of algorithms and design tools for Electronic Design Automation. He is Professor and Director of the Integrated Systems Laboratory at EPFL Lausanne, Switzerland. Previously, he was Professor of Electrical Engineering at Stanford University.

Prof. De Micheli is a Fellow of ACM , AAAS and IEEE, a member of the Academia Europaea and an International Honorary member of the American Academy of Arts and Sciences. He is the recipient of several awards from IEEE, ACM and EDAA.

His current research interests include several aspects of EDA, such as synthesis for emerging technologies. He is also interested in heterogeneous platform design including electrical components and biosensors, as well as in data processing of biomedical information.
He was the DAC chair in 2000.
Presentations
Keynote
Strange Loops in Design and Technology